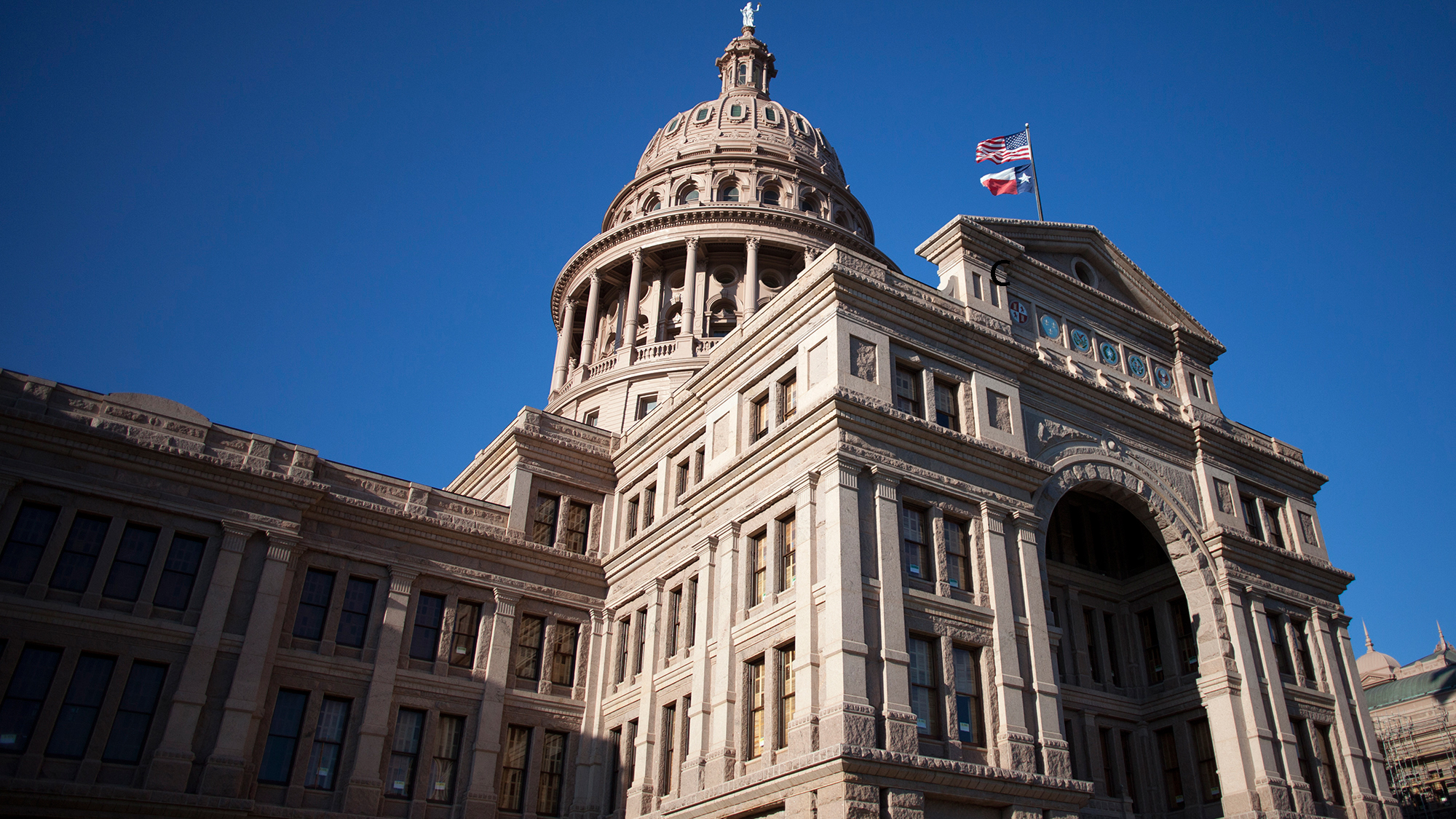 Voter fraud is not a persistent problem

Lawmakers in Texas passed controversial voter ID legislation in 2011, citing concerns of voter fraud. Aspects of the law have since been deemed unconstitutional by a federal court. (Pinar Istek/News21)

PHOENIX — Politicians and voting rights advocates continue to clash over whether photo ID and other voting requirements are needed to prevent voter fraud, but a News21 analysis and recent court rulings show little evidence that such fraud is widespread.

A News21 analysis four years ago of 2,068 alleged election-fraud cases in 50 states found that while some fraud had occurred since 2000, the rate was infinitesimal compared with the 146 million registered voters in that 12-year span. The analysis found only 10 cases of voter impersonation, the only kind of fraud that could be prevented by voter ID at the polls.

This year, News21 reviewed cases in Arizona, Ohio, Georgia, Texas and Kansas, where politicians have expressed concern about voter fraud and found hundreds of allegations but few prosecutions between 2012 and 2016. Attorneys general in those states successfully prosecuted 38 cases, though other cases may have been litigated at the county level. At least one-third of those cases involved nonvoters, such as elections officials or volunteers. None of the cases prosecuted was for voter impersonation. 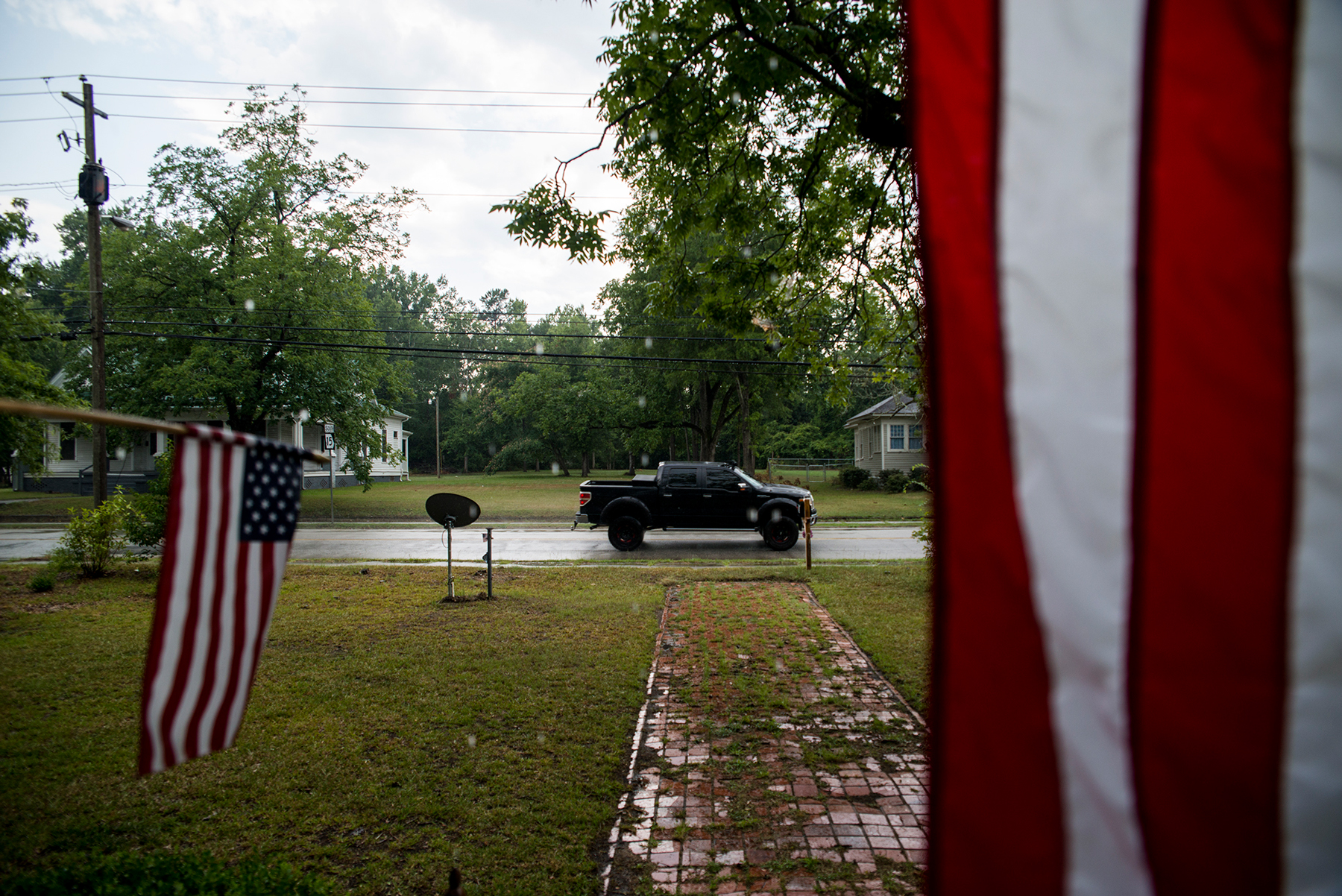 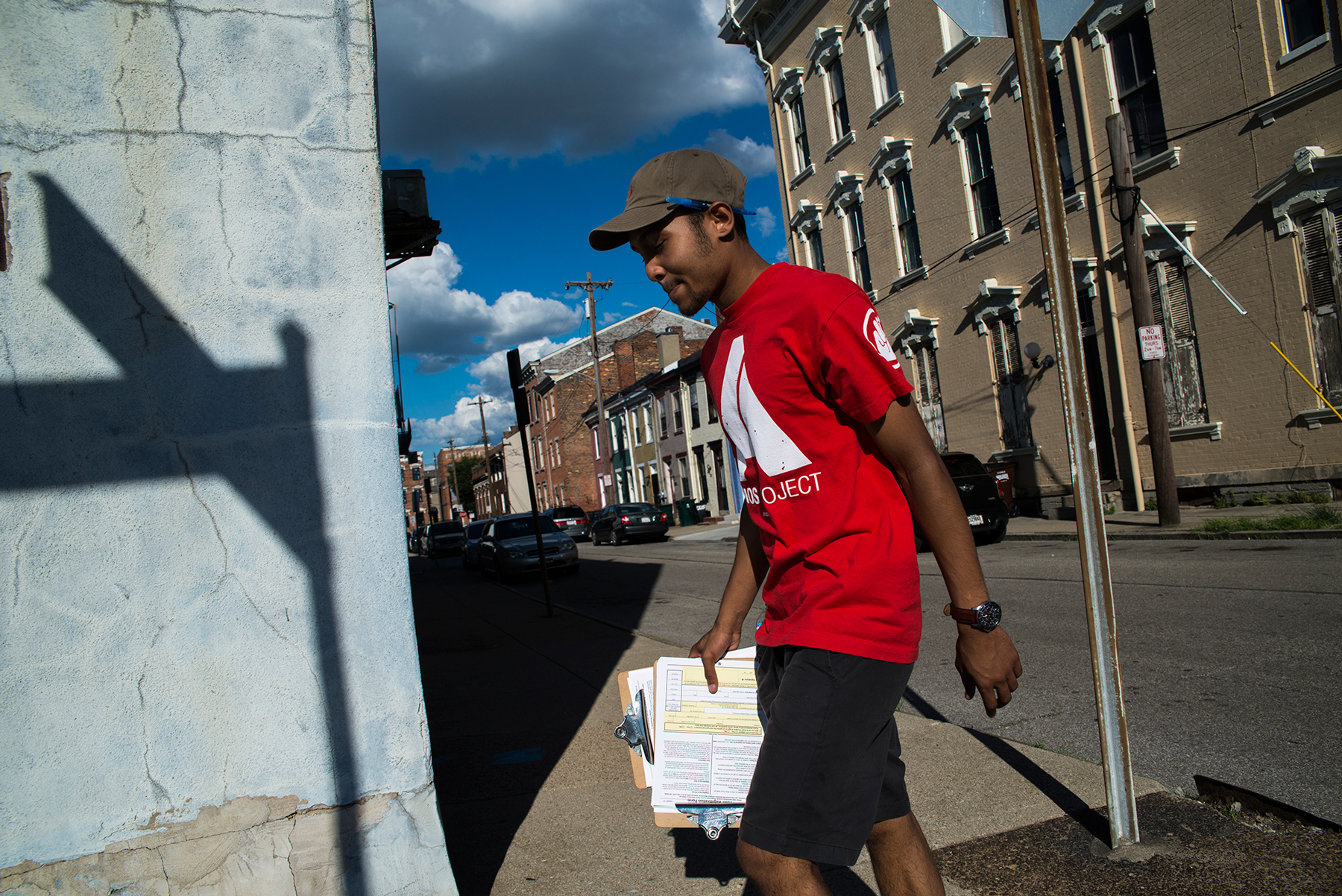 Dallas Stokes, a volunteer for the AMOS Project, a nonprofit social justice organization in Cincinnati, registers people to vote. Ohio is one of several states where politicians have claimed voter fraud is a problem. (Roman Knertser/News21)

Dallas Stokes, a volunteer for the AMOS Project, a nonprofit social justice organization in Cincinnati, registers people to vote. Ohio is one of several states where politicians have claimed voter fraud is a problem. (Roman Knertser/News21)

Lorraine Minnite, a political scientist at Rutgers University-Camden who wrote a book on the phenomenon in 2010 called “The Myth of Voter Fraud,” said in an interview that she hasn’t seen an uptick in the crime since. “Voter fraud remains rare because it is irrational behavior,” she said. “You’re not likely to change the outcome of an election with your illegal fraudulent vote, and the chances of being caught are there and we have rules to prevent against it.”

Christopher Coates, former chief of the voting section in the Department of Justice, disagrees. “The claim by the liberal left that there is no voter fraud that is going on is completely false,” he told News21. “Anytime that there are people voting that are not legally entitled to vote that’s a big issue. It carries with it the potential for deciding elections a way that is contrary to the voting majority of people.”

Coates, who now works as the general counsel for the American Civil Rights Union, pointed to a list of voter fraud allegations kept by the Heritage Foundation, a think tank in Washington, D.C. The list, based largely on news clippings and news releases, counted more than 100 allegations of voter fraud in the U.S. since 2012, only a handful of which were allegations of voter impersonation that could have been prevented by voter ID. The Republican National Lawyers Association also has a list of more than 200 allegations of election fraud of all kinds reported by news outlets since 2012.

The 2016 Republican platform, adopted in July, urges states to require proof of citizenship and photo ID out of concern that “voting procedures may be open to abuse.” At the same time, this summer, several federal courts struck down or revised a number of the state laws requiring specific forms of photo ID at the polls.

In July, U.S. District Judge James D. Peterson struck down parts of Wisconsin’s strict voter ID law, concluding that there is “utterly no evidence” that in-person voter impersonation fraud is an issue in Wisconsin, or in the rest of the United States.

“The Wisconsin experience demonstrates that a preoccupation with mostly phantom election fraud leads to real incidents of disenfranchisement, which undermine rather than enhance confidence in elections, particularly in minority communities,” Peterson wrote in his ruling. “To put it bluntly, Wisconsin’s strict version of voter ID law is a cure worse than the disease.”

Reid Magney, spokesman for Wisconsin elections, told News21 that the state did not track voter fraud until recently. The responsibility to prosecute those crimes lies with district attorneys across the state. “The numbers of prosecutions are so low that it hasn't been a priority for us to track those things,” Magney said. “If somebody was charged with fraud it would make (the) newspapers." 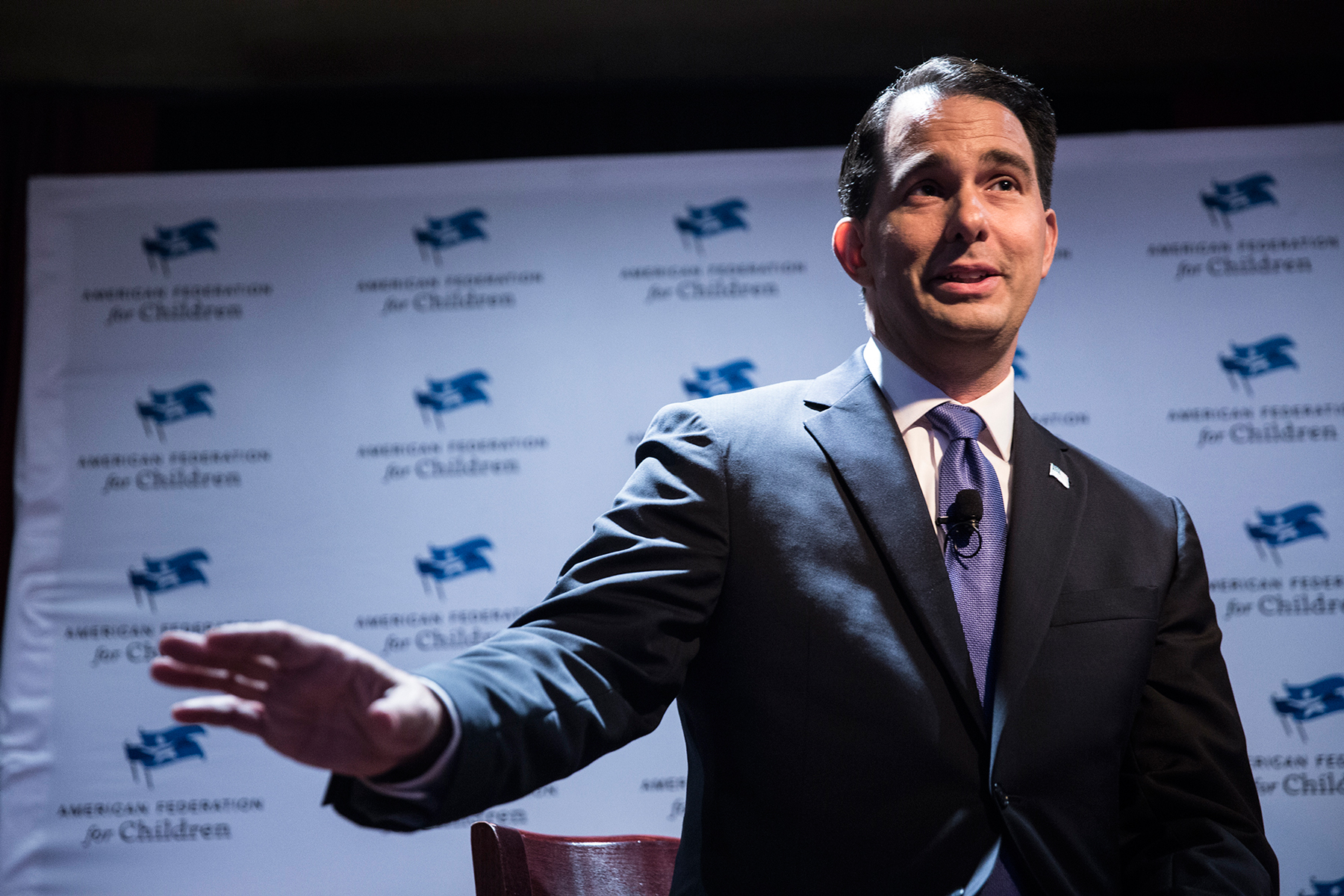 Wisconsin Gov. Scott Walker told News21 that the number of fraud cases is beside the point. “All it takes is one person whose vote is canceled by someone not voting legally and that’s a problem,” he said. “I always tell folks who oppose (the ID law) tell me whose vote they want canceled out.”

A similarly strict voter ID law was weakened by a federal appeals court in Texas, after a panel of judges determined that the law violated the 1965 Voting Rights Act by discriminating against minority voters. The 5th Circuit Court of Appeals found that African-Americans were 1.79 times more likely – and Latinos 2.42 times more likely – than whites to lack the required identification.

The appellate court did not strike down the Texas law entirely, but under a temporary fix signed off on by a federal judge, the state's voters won't have to show ID in the November general election. However, the U.S. district court for the southern district of Texas was instructed to temporarily find ways to assist potential voters who are lacking identification before determining a more permanent fix.

Texas Gov. Greg Abbott has called voter fraud “rampant” in Texas. A records request from News21 to the Office of the Attorney General of Texas shows that more than 360 allegations of voter fraud were sent to the attorney general since 2012. Fifteen of those cases were successfully prosecuted. Four of those convicted were voters – the rest were elections officials or third-party volunteers.

Minnite, who has studied voter fraud for 15 years, said that actual instances of fraud lie somewhere between the number successfully prosecuted and the number of allegations. In her experience, few allegations meet the criteria of fraud: “intentional corruption of the electoral process” by voters.

Kim Strach, director of the North Carolina State Board of Elections, testified in a recent court case about North Carolina’s voter ID law that she has referred two cases of voter impersonation to prosecutors since 2013.

In July, a federal appeals court for the 4th Circuit decided that the North Carolina law intentionally discriminated against minority voters and ordered the state to make voter ID requirements less strict. In attempting to “combat voter fraud and promote public confidence,” the state ignored the issue of absentee ballot fraud, instead cracking down on voter impersonation, a problem “that did not exist,” according to the court decision. Absentee ballots are “disproportionately used by whites,” the court said, while the voter ID restrictions enacted “target African-Americans with almost surgical precision.”

State Sen. Ron Rabin, who helped push the voter ID bill through the North Carolina Senate, said the law wasn’t intended to discriminate. “I don’t want to disenfranchise anybody,” he said. “I want to have them enfranchised so that one vote, one person. That’s the whole thought behind that whole bill.” 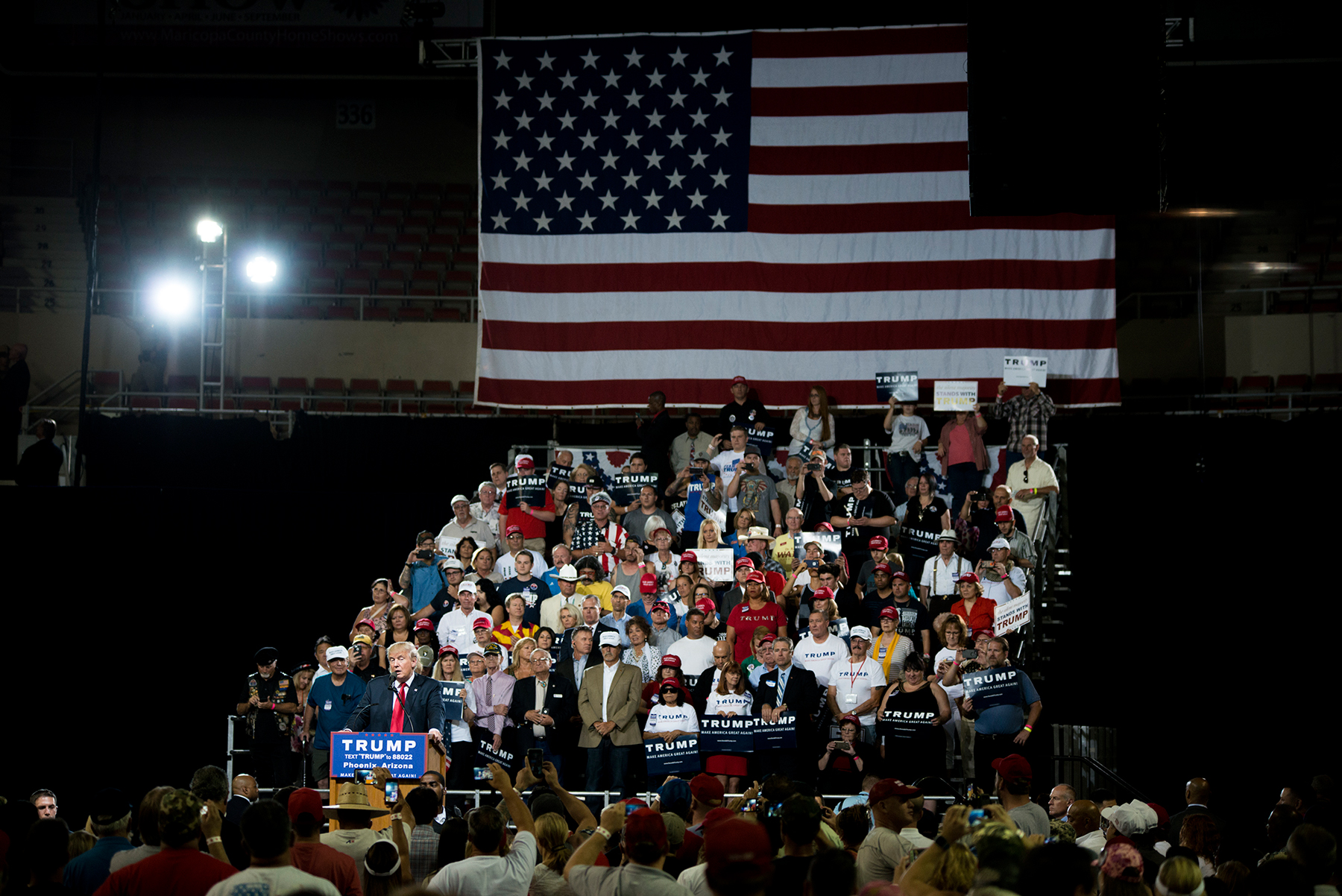 Presidential nominee Donald Trump has said that he was “afraid the election was going to be rigged” without ID laws. “There’s a lot of dirty pool played at the election,” he said in an interview with The Washington Post. “If you don’t have voter ID, you can just keep voting and voting and voting.”

To vote repeatedly in person on election day – the kind of fraud that Trump worries about – someone would have to steal another voter’s ballot. Minnite, the Rutgers professor, says that’s as difficult as “pickpocketing a cop.”

A voter would need to know names, addresses and other identifying information about whoever they were impersonating, she said. Then they would have to show up to the polling place and pretend to be that other person in front of the same elections officials who had likely seen them vote in their own name. Beyond that, they’d have to hope that nobody in the polling place knew the person they were impersonating.

Given that America’s turnout rates are so comparatively low, the idea of widespread voter fraud just doesn’t make sense, said David Schultz, professor of public policy at Hamline University in St. Paul, Minnesota. “There’s this image that somehow, people are clamoring to go to the polls on election day to commit fraud,” he said. “Look at our voting statistics. It just doesn’t bear out.”

That’s not to say fraud doesn’t happen at all.

In Arizona, 13 cases were prosecuted for double voting. One of those was Mesa resident Regina Beaupre, who was convicted in 2015 after voting in Michigan and Arizona. She was 71 years old. Carol Hannah was similarly caught for voting in Arizona and Colorado. She argued in court that both cases involved local races and didn’t constitute double voting, because no candidates appeared on both ballots. An appeals court agreed and threw out the 2015 conviction. Neither of these cases would have been prevented with voter ID. 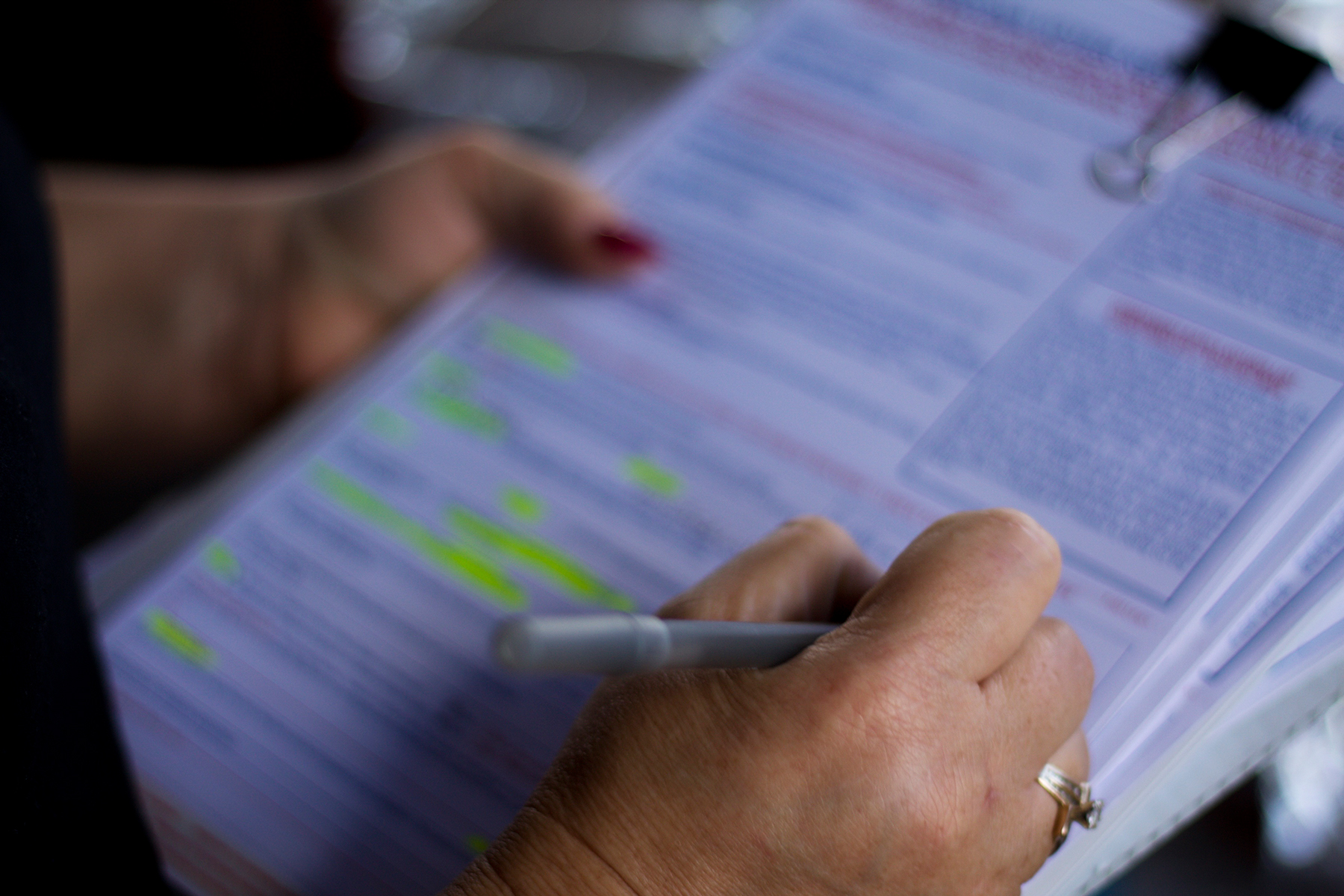 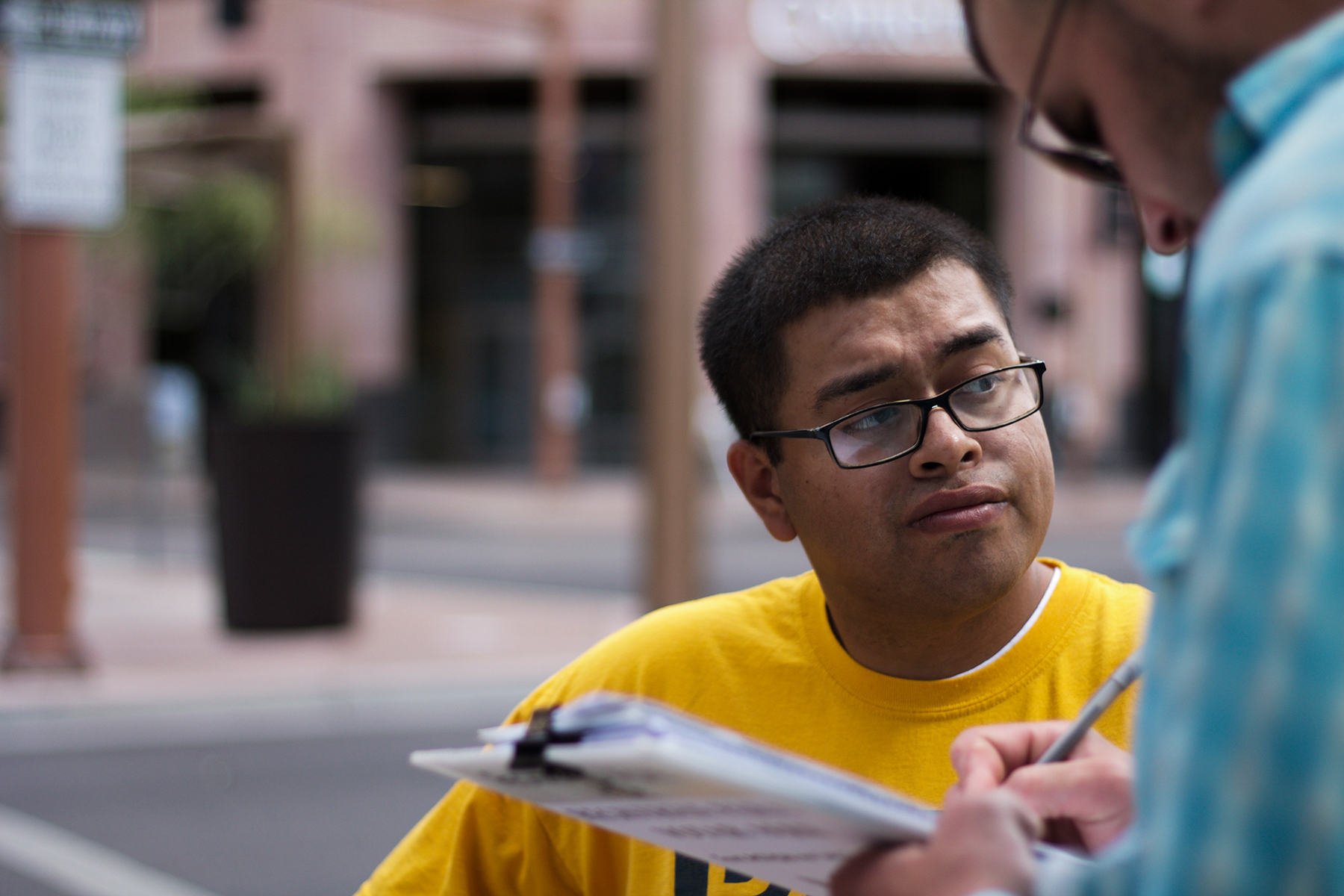 Jose Barboza, a Promise Arizona volunteer, registers voters in Phoenix. Thirteen cases of double voting were prosecuted in the state since 2012. (Courtney Columbus/News21)

Jose Barboza, a Promise Arizona volunteer, registers voters in Phoenix. Thirteen cases of double voting were prosecuted in the state since 2012. (Courtney Columbus/News21)

In 2014, Verna Roehm, a 77-year-old from Waxhaw, North Carolina, pleaded guilty to voting twice. Roehm voted once at the polls and a second time with an absentee ballot in the name of her dead husband. She told prosecutors she had fulfilled her husband’s dying wish to cast his ballot for Mitt Romney in November 2012.

Since only one of Roehm’s ballots was cast in person, her crime also would not have been prevented with voter ID.

Andrew Clark and Hillary Davis contributed to this report.

How did we do?

Republish our work; it's all Creative Commons.